The Universe, Earth and Human created according to the Creator’s Uniform Informational Laws. The Human knowing and following these laws lives in a harmony both with himself and society, all forms of life, the Earth, Water, the Sun and entire Universe. These Laws conform to the rules of morality and ethical code and do not contradict with the basic religions. Following, realization and implementation of the aforesaid are very important for the Human’s Ego fulfillment.

The World Cosmohumanistic Doctrine offers the Earthmen 12 Spiritual Informational Laws which are the Genuine Civilization Values of Life steeped in Ancient Spirit of the Rus. These Laws remove all negative Life’s phenomena causing diseases, premature senility, and personal degradation. All negative phenomena as wars, extremism, revolutions, fundamentalism, and chauvinism affect both the Human and the Earth, including all life forms. Therefore, the Mankind should get rid of the aforesaid entirely.

Dear Presidents of countries, members of Parliaments, and all the progressive Mankind!
Having accepted these Laws, you will take the lead in the new Cosmohumanistic Civilization of the Earthmen.
Keys to these Laws have the power to save the Earth and the Human Civilization. 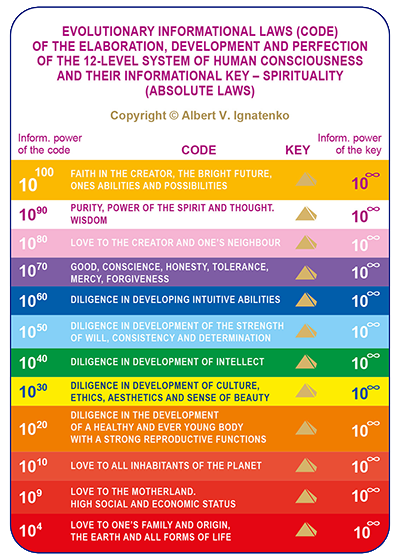 Saving of our civilization is above any governmental ambitions.
The Mankind shall survive when it realizes the concept of the Human phenomenon,
namely, its exchange of substance, energy, and information with the environment.
Concept the Cosmohumanistic Doctrine 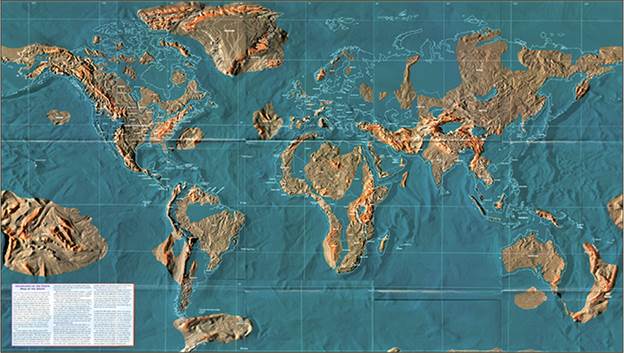 The World Map after the year 2012 by Edgar Cayce

Many fortune-tellers predicted the consequences of the Human’s negative words and acts on the Earth. Cosmohumanistic Peacemakers and Peacebearers are able to direct the civilization to evolution and creativeness using the super-powerful thinking programs. In this case, such predictions will lose their power and we shall save the Mankind and our Earth Blooming Home. 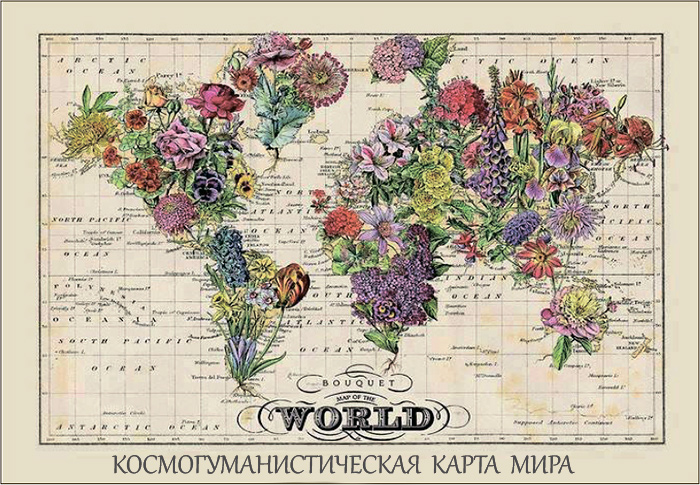 Acceptance of the World Cosmohumanistic Doctrine is able to transform the Edgar Cayce’s involution predictions into cosmohumanistic and evolutional development of the Mankind.

Any Doctrine which is not in contrary to the spiritual & moral

Informational Laws has every right to live.
Askhasrin the Great (October 07, 2002 - Prague – Revelation)

Cosmohumanism (cosmos – structure, order, Law; humanism – tradition of values that emphasizes the importance of human dignity, virtue, capabilities, and concern) – a doctrine of the Creator’s New Golden Age given to the Earthmen in April 1991 by my energoinformational contact (meditations, revelations) with the Subtle Worlds, Sirius Civilization, and Creator’s Hierarchy. This new evolutional, philosophical and enlightening Doctrine serves for a harmonic development of personality and society and forms the spiritual and informational civilization “The Creator’s Golden Age”. The Doctrine is based on the genuine cosmic & evolutionary Laws (commandments, Vedas etc.) and scientific knowledge of the subtle holographic Universe (Macrocosm) and Human (Microcosm) as evolutional, open, non-lineal (self-organizing), multi-functional, block-like, multi-level, physical & energoinformational system of the cosmic & planetary Divinity nature which reflects the objective reality of the Subtle and Brute Matters of the world around.

The Cosmohumanistic Doctrine offers the Mankind absolutely new scientific and humanistic solutions of complicated problems of our days, namely:

Annually, the World Cosmohumanists’ Day is celebrated on September 22.

“And ye shall know the truth, and the truth shall make you free”

We are the child of the Space and mother Earth, conveyors of knowledge. Taking the path of spirituality we shall honorably go all the way. At all times and in all places we shall support the World and guard the Human Civilization on the Earth, facilitate the spiritual and moral renewal of the Mankind, assist suffering people, who need us, in every way possible, live in harmony with ourselves and surrounding world endlessly going to the core of the Existence, Great Truth, and Supreme Intelligence – the Creator.Belief in God, ourselves and others, purity and spiritual strength, love, kindness, forgiveness, tolerance, labour, the Mankind, and knowledge of the World Uniform Cosmohumanistic System are the grounds for speeding-up of creation of the Cosmohumanistic Civilization “Creator’s New Golden Age” and formation of the New Cosmohumanistic Culture.